Holography : Photography of the Future

“The girl winks at you and blows you a kiss as you walk past. You reach out to touch her, but your fingers close on thin air! Is it a ghost? No, that spooky figure is a hologram – a special kind of photograph made with laser light. 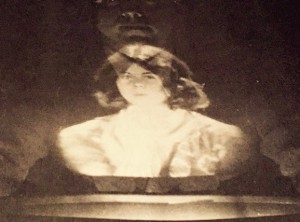 A holographic image looks exactly like the real person. It’s three-dimensional. You can look at it from above, from below, or from the side. You can even look around behind it. Some holograms appear to move. This is because the film “plays back” a whole series of recorded images which see one after another as you walk past.

Even though holodecks and EMHs are a long while off, holography as a discipline is invaluable and has applications in many areas. Here are some examples:

In the future, you will see a lot of holographic images. They will leap out of retail store windows to show you the latest fashions and float through haunted houses at amusement parks. They may even help you learn to pitch a baseball or improve your tennis serve right in the comfort of your house and when you’re done with that, how about being part of a movie? Check out this video, which features mixed reality (AR, VR & Holography) to see the art of the possible!